Everything good starts with a bacon sarnie

Previous Next
Everything good starts with a bacon sarnie

If it starts with a bacon sarnie it’s bound to be good. Well, thats how Crumbs Brewing started so we’re hoping thats true….. 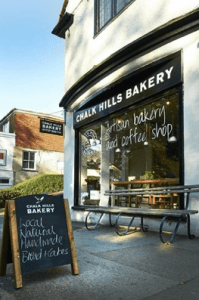 In my spot in the window of Chalk Hills Bakery in Reigate, tucking into my Friday treat (don’t tell my wife, I’m supposed to be on a diet) it struck me that one of the best things about the sarnie is not the bacon or even the sauce, it’s the bread. The soft, white delicious bread that brings everything together in a warm sandwich of loveliness.  However, do we ever really give bread the love it deserves?

Looking around the shop – stacked full of a variety of loaves of all shapes and sizes –  I realised what a frustrating life the baker must have. All that effort, skill and artisanship put into something that so often gets over looked or, even worse, wasted when it passes its sell by date. Surely left over bread of such high quality deserves more than becoming bird food?

With a bit of Googling (I’d do anything to avoid what it was I was actually supposed to be working on at the time) it turned out there was an answer. A truly wonderful answer. An answer that was almost as appealing as the bacon sandwich in front of me. The answer was BEER….. 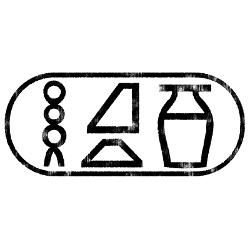 As far back as early Sumerian cultures there has been an undeniable link between beer and bread. Indeed, if some stories are to be believed, beer only came about as a result of damp stale bread accidentally starting to ferment in storage jars. This early liquid became so mystical it was awarded its own deity – Ninkasi – the first embodiment of beer. Later on the Babylonians took this one step further and directly recognised the dual role of baker and brewer in the artisan job ‘lukasninda’ – the man of the beer loaf. Egyptian hieroglyphs for beer even featured the bread barrels in which it was fermented.

More recently, many monks have had the right idea – much of their spare time was spent either making bread or brewing beer!

As well as arming myself with plenty of interesting facts for my next evening rambling in a local pub I was on to something (albeit a few thousand years later than most civilisations). It was time to have a word with Chris & Rosie, the lovely owners of Chalk Hills Bakery….