Previous Next
The first trial….

Finally, enough of the talking and researching, it’s time to put theory into practice and actually get some beer made. The longer term plan is to create our own brewery in Surrey but for the time being, we have done our best to form an alliance with some friendly brewers that will help us on a contract basis to begin with.

It’s always funny to see the mixed look of panic and intrigue spread over a brewer’s face when you explain what we’re up to. Their curiosity is usually tempered by the vision of a sludgy stuck mash that buggers up their precious kit. My confident “it’ll be fine” reassurance doesn’t always wash.

One lovely bunch who showed the right kind of spirit are our new friends at Goddards Brewery. 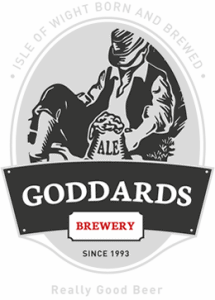 Coincidentally based where I grew up – on the Isle of Wight. Maybe not as local as we first planned and certainly not the most straight forward choice regarding shipping logistics but it soon became apparent the team are a passionate, skilled bunch and very much up for the challenge of making such a unique beer. 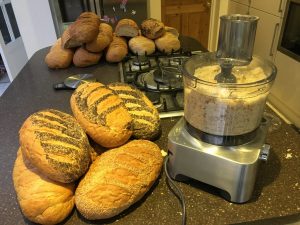 Added to this they have a very smart bit of test kit that allows you to play with a small quantity brew before committing to scale. This was perfect as, although we’ve been pretty rigorous with our planning to this point, I still had a nagging doubt this was going to be trickier than we thought.

With a brew day planned I had the minor issue of getting together a small but still reasonably significant batch of bread crumbs. As Chalk Hills don’t currently own an industrial scale crumber the job fell to myself and my wife Elaine (co-founder of our business and very much the voice of reason in the relationship). Cue a kitchen full of bread and a highly over worked Kenwood food processor! 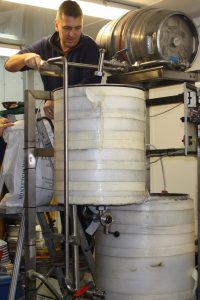 Ingredients assembled it was brew time. The fun part. A chaotic, utterly exhausting but thoroughly enjoyable day of brewing was not without its issues but we learnt a huge amount putting theory into practice.  I really think brewers should open up their doors to the public to get hands on more often – the smells, the craft, the chemistry are all intoxicating. I really hope this beer tastes good as the idea of making a living out of this is too good to be true. No pressure!

As I write the first ever batch of Crumbs Amber is fermenting peacefully… we can’t wait for the first taste.