Crumbs Brewing > About us

Crumbs Brewing is proud to be a local business. We use the skills of local artisans and their local products to create delicious beers for local people (at least until world domination beckons)!

An enthusiastic, amateur beer drinker, Morgan is full of ideas and plenty of naive questions. Exactly what you need when you want to do things a bit differently.  Having spent a lot of his working life coming up with new booze ideas for other companies, he thought it was about time to do something himself.

“I’ve lived and raised a family in Reigate for the last 12 years. I love our community and the variety of local artisan food and drink on our doorstep. I’ve always enjoyed Chalk Hills bread and it’s great that Crumbs Brewing will mean less of their delicious product will go to waste. Crumbs Amber is just the beginning, there are so many great artisan products going to waste every day that we would love to repurpose into new pleasures!” 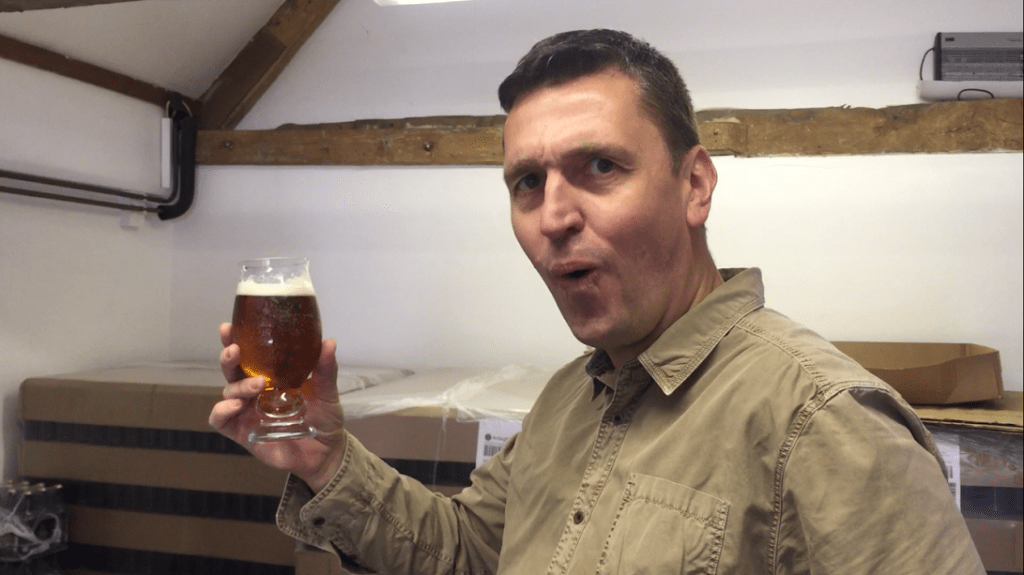 Undoubtedly the brains behind Crumbs, Elaine has spent 15 years honing her ability to tolerate Morgan’s often ridiculous ideas. With a researcher’s attention to detail, there are few better people to keep the business on track and maybe one day profitable.

“Morgan and I have often talked about doing something together. Despite not actually being a fan of beer, I couldn’t deny that Crumbs is a great idea and such a positive story for our community. Once we’ve got the beer up and running I’m pushing hard to work out how we can make the country’s first Prosecco made from a leftover artisan ingredient – I’m not sure quite what yet but we’ll find something!” 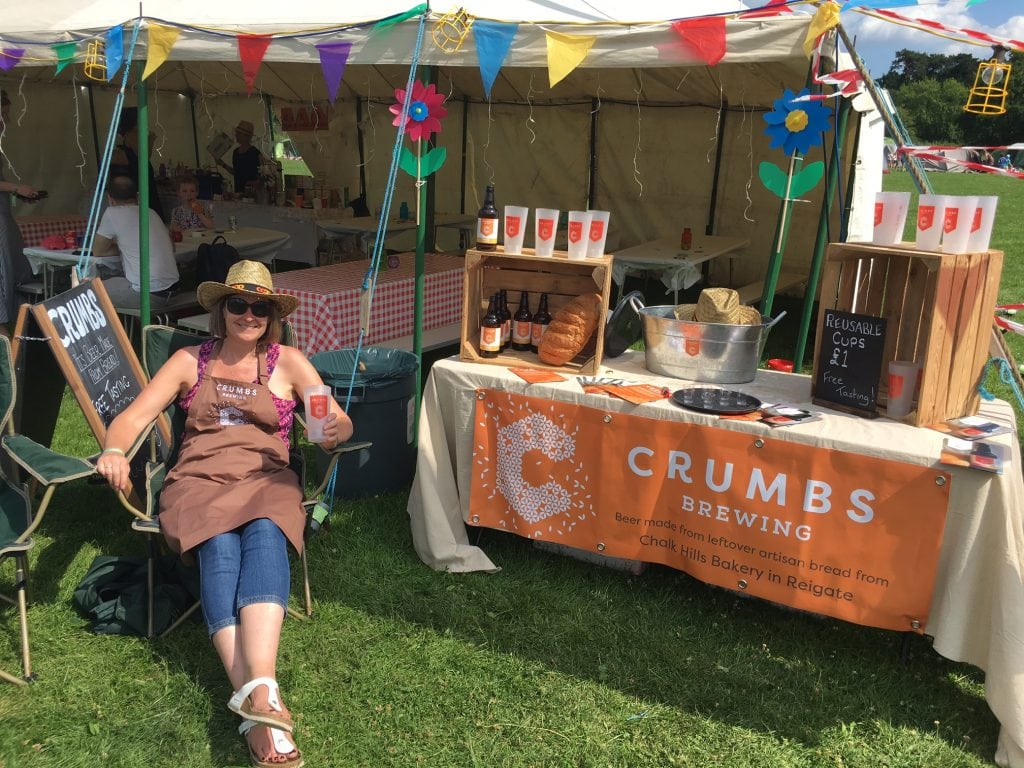 Elaine, thinking about alternatives for that Prosecco…

Well known husband and wife team that founded Chalk Hills in Reigate. Provider of delicious, organic, artisan breads to a range of deli’s, restaurants and pubs in the local area as well as via their shop on Bell Street. What’s less well known about Chris and Rosie is they also used to be publicans. A fact that meant they were very receptive to the random phone call received one day asking “Do you fancy trying to make some beer from your leftover bread??” 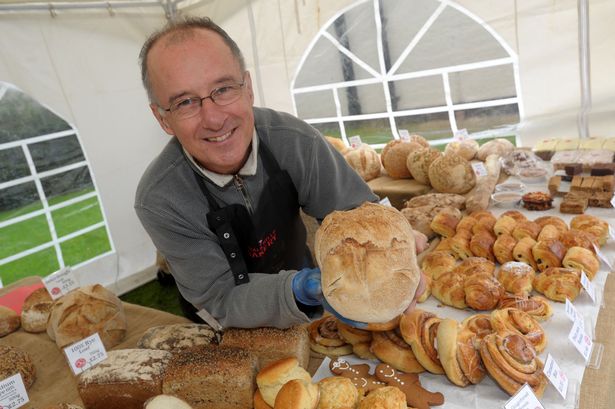 You might have spotted Chris in one of the many events where he sells his delicious range – always with a smile in his face! 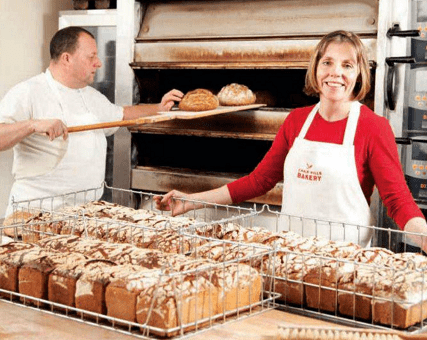 Rosie in the bakery

Adrià grew up under the sun in Barcelona, way before the local explosion of craft beers there. He didn’t know what he was missing until he landed in Reigate (via Modena and Turin!) in 2005. A new world of Ales, IPAs, Porters and Stouts opened before his eyes!

“When my mate Morgan told me about his brilliant idea for Crumbs, I was instantly on my knees begging for a slice (pun intended) of it”.

You might spot him doing the morning school runs with his two beautiful daughters, mountain biking in the North Downs.

Brewers of Crumbs first beer, Crumbs Amber, Goddards ended up getting involved by a very fortuitous coincidence. Having grown up on the Isle of Wight, Morgan had always been a fan of Goddards beer, it just so happened one of the specialists helping out on the early development of the Crumbs recipe also had links to the Island and owned a small test brew kit, stored at the brewery and ready for use!

The teams enthusiasm and support for the Crumbs idea as well as the undoubted talents of the brewer made them a perfect partner for the first brewing venture.  That, and it earned Morgan a lot of brownie points with his Mum for visiting home more often!